It’s an anxious and nervous day for all the Girls and Boys today, as the GSCE results are here. Introduced to the UK in 1988, the GCSE was to replace the “O’Level” and the “CSE” examinations.  One of the main changes consisted of two years of coursework, which was to contribute towards their final results.

After revising, taking the exams and then relaxing over the summer, today is the day all their hard work has hopefully paid off!!!

Masterflex would like to take this opportunity to wish you all the best of luck and we hope you get the results you wish for.  The next decision will be what to do next????

You may decide to have a career in the Motor industry, Construction, Woodwork, Medicine, Food or maybe the Military, to name but a few. Here at Masterflex Technical Hoses we have manufactured and supplied hoses for all of these industries. For further information, please check out our website or simply call our friendly Sales Team on 0161 626 8066. For a copy of our ISO Certificate just click on the link.

Did you know the Wimbledon Championship started on 9 July 1877 (140 years ago) and the Gentlemen’s Singles was the only event held? I never realised that this is actually the oldest Tennis Tournament in the World!

Today is the first day of the 2017 Tournament  with British ladies hopeful, Laura Robson, who shot to fame when she won the Junior Girls’ Singles title at Wimbledon in 2008, she is set to play on Court 18 today at 11.30, against #97 ranking, Beatriz Haddad Maia a 21 year from Brazil.  Let’s hope Laura does well today!

Later, sees the British Mens Singles get on the way with our very own #1 ranking ……..Sir Andy Murray!!!! …..taking Centre Court at 1.00pm.  He is due to play Alexander Stanislavovich Bublik  a Russian-born Kazakhstani tennis player.  Ranking #134.

Masterflex Technical Hoses LTD wish them all the very best of luck!!

Masterflex Technical hoses have several customers who manufacture for the sports sector, from pool tables and sporting equipment to sports cars and engine tuning.

The Flamex range of lightweight PU Polyurethane hoses are designed for sawdust and wood shavings, whilst the Master PUR L and Master PUR H can handle larger more abrasive media.
High Temperature Hoses and Ductings such as the Master Clip Silicone, HT450, and HT650 can handle high temperature exhaust from engines, furnaces and ovens, and we have a whole range of Master Clip products to cover a multitude of uses.

For more information on any of our products, or to discuss your requirements, please do get in touch. 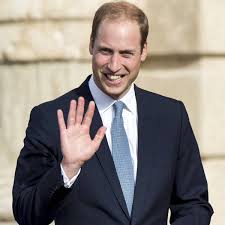 Prince William Arthur Philip Louis, Son of the HRH Prince and Princess of Wales, Charles and Diana, was born on the 21st June 1982. The first heir to the British throne to be born in a hospital, (St Mary’s Hospital in London), where his own two children, Prince George and Princess Charlotte would be born three decades later.

William was educated at Eton College and later attended St Andrews University, where of course, he met Kate Middleton.

After he graduated at St Andrews University in Scotland, Prince William decided to follow a Military Career and join the Royal Air Force. He underwent Helicopter Flying Training in order to become a full-time pilot with the RAF Search and Rescue Force in early 2009.  William was commissioned as a Second Lieutenant and given the nickname “Billy the Fish” a pun on the name “William of Wales”.   It is said that he shares his love of Helicopters with his Son, Prince George.

In April 2011, millions watched as Prince William married Kate Middleton and they became the Duke and Duchess of Cambridge.  Later Prince George and Princess Charlotte were to be born in to the Windsor Family.  Here’s wishing the Prince a very happy Birthday!!!

Masterflex Technical Hoses have manufactured and produced hoses for the Military for extraction of engine exhaust gases at high temperatures up to +1100°C and in Hospitals for Air Conditioning and Pharmaceuticals, see our Website for further details www.masterflex-uk.com 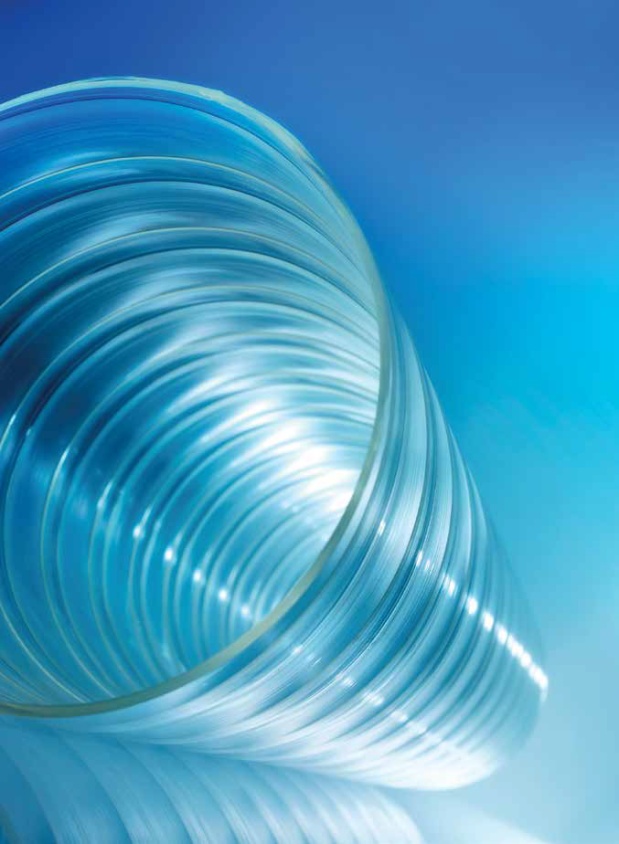 Here at Masterflex, we manufacture hoses and ducting to suit many different industries.

Do you work in Construction or Woodworking and require flexible hoses, on a next day delivery?

We can send all stock items out for delivery, if the order has been received before 2:30pm.

Masterflex use a wide variety of couriers for the best results and the prices are as follows:

(If you place your order before 2:30pm, we will ship using a next day service on all stock items,

and often on made-to-order items too, if placed early enough)

These prices are for Monday – Friday delivery.

If you can’t see your industry, then call us and we can give you some advice on a suitable product.

Alternatively, if you need a sample to see how the hose is constructed, its durability and if it will fit, then contact our office directly.

Here at Masterflex, we manufacture hoses and ducting to suit many different industries.

Do you work in Construction or Woodworking and require flexible hoses, on a next day delivery?

We can send all stock items out for delivery, if the order has been received before 2:30pm.

If you can’t see your industry, then call us and we can give you some advice on a suitable product.

Alternatively, if you need a sample to see how the hose is constructed, bore and durability, then contact our office directly.

Don’t forget Masterflex will be closed Good Friday and Easter Monday, but open as normal from Tuesday 18th April.

Today, March 17th, celebrates the life and work of the patron Saint of Ireland, Saint Patrick.

Saint Patrick’s Day was made an official Christian feast day in the early 17th century and is observed by the Catholic Church, the Anglican Communion (especially the Church of Ireland), the Eastern Orthodox Church, and Lutheran Church.

The day commemorates Saint Patrick and the arrival of Christianity in Ireland, and celebrates the heritage and culture of the Irish in general. Celebrations generally involve public parades and festivals, céilithe, and the wearing of green attire or shamrocks. Christians also attend church services and the Lenten restrictions on eating and drinking alcohol are lifted for the day, which has encouraged and propagated the holiday’s tradition of alcohol consumption.

On St Patrick’s Day it is customary to wear shamrocks and/or green clothing or accessories (the “wearing of the green”). St Patrick is said to have used the shamrock, a three-leaved plant, to explain the Holy Trinity to the pagan Irish. This story first appears in writing in 1726, though it may be older. In pagan Ireland, three was a significant number and the Irish had many triple deities, a fact that may have aided St Patrick in his evangelisation efforts.

Get in touch with Masterflex, and let us know how will you be celebrating?

Will you be having a bet on the Cheltenham Gold Cup this week?

Do you have a special technique for choosing the winners?

Some people use favourite colours or funny names, and others look at the jockey, owner and form.

Everyone in the office and on the shop floor have chosen their horses and placed their bets. Fingers crossed.

Choosing hoses from Masterflex is much simpler.

Just tell us what is going through the hoses, the bore size and length you need, and we can recommend the correct product.

Tradition at Masterflex is that each member of staff purchases treats for the other staff when it’s their birthday.

Darren hasn’t let us down, and our treat today is cream cake.

Darren has worked here for over 13 years, and has manufactured a variety of flexible hoses and ducting to suit customers’ needs.

If you are running low on stock then contact Masterflex, and we can discuss your requirements.

William Shakespeare (26 April 1564 (baptised) – 23 April 1616) was an English poet, playwright, and actor, widely regarded as the greatest writer in the English language and the world’s pre-eminent dramatist. He is often called England’s national poet, and the “Bard of Avon”. His extant works, including collaborations, consist of approximately 38 plays, 154 sonnets, two long narrative poems, and a few other verses, some of uncertain authorship. His plays have been translated into every major living language and are performed more often than those of any other playwright.

Shakespeare was born and brought up in Stratford-upon-Avon, Warwickshire. At the age of 18, he married Anne Hathaway, with whom he had three children: Susanna, and twins Hamnet and Judith. Sometime between 1585 and 1592, he began a successful career in London as an actor, writer, and part-owner of a playing company called the Lord Chamberlain’s Men, later known as the King’s Men. He appears to have retired to Stratford around 1613, at age 49, where he died three years later.

Shakespeare produced most of his known work between 1589 and 1613. His early plays were primarily comedies and histories, and these are regarded as some of the best work ever produced in these genres. He then wrote mainly tragedies until about 1608, including Hamlet, Othello, King Lear, and Macbeth, considered some of the finest works in the English language. In his last phase, he wrote tragicomedies, also known as romances, and collaborated with other playwrights.

Shakespeare died on 23 April 1616, at the age of 52. He died within a month of signing his will, a document which he begins by describing himself as being in “perfect health”.

No extant contemporary source explains how or why he died. Half a century later, John Ward, the vicar of Stratford, wrote in his notebook: “Shakespeare, Drayton and Ben Jonson had a merry meeting and, it seems, drank too hard, for Shakespeare died of a fever there contracted”, not an impossible scenario, since Shakespeare knew Jonson and Drayton. Of the tributes from fellow authors, one refers to his relatively sudden death: “We wondered, Shakespeare, that thou went’st so soon/From the world’s stage to the grave’s tiring room.”

In 2016, the 400th anniversary of the playwright’s death, celebrations will commence in the United Kingdom and across the world to honour Shakespeare and his work.

Stratford is planning an extra special celebration for Shakespeare’s 400th anniversary. One of the highights will be a traditional New Orleans jazz procession staged by the School of Liberal Arts of Tulane University. Live street entertainment across the town and a fabulous Shakespeare show broadcast live from the Royal Shakespeare Theatre in the evening, followed by spectacular fireworks.

Is it thy will thy image should keep open
My heavy eyelids to the weary night?
Dost thou desire my slumbers should be broken,
While shadows like to thee do mock my sight?
Is it thy spirit that thou send’st from thee
So far from home into my deeds to pry,
To find out shames and idle hours in me,
The scope and tenor of thy jealousy?
O, no! thy love, though much, is not so great:
It is my love that keeps mine eye awake;
Mine own true love that doth my rest defeat,
To play the watchman ever for thy sake:
For thee watch I whilst thou dost wake elsewhere,
From me far off, with others all too near.