Don’t forget Masterflex will be closed Good Friday and Easter Monday, but open as normal from Tuesday 18th April.

Will you be having a bet on the Cheltenham Gold Cup this week?

Do you have a special technique for choosing the winners?

Some people use favourite colours or funny names, and others look at the jockey, owner and form.

Everyone in the office and on the shop floor have chosen their horses and placed their bets. Fingers crossed.

Choosing hoses from Masterflex is much simpler.

Just tell us what is going through the hoses, the bore size and length you need, and we can recommend the correct product. 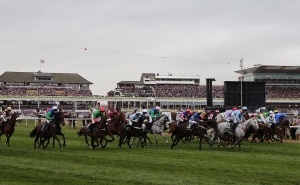 Did you know that today, Friday 1st May, is known as May Day?

May Day is most associated with towns and villages celebrating springtime fertility of the soil, livestock and revelry with village fetes and community gatherings.

Traditional English May Day celebrations include Morris dancing, crowning a May Queen and maypole dances.

Singing and eating cake are usually part of the day.

Here at Masterflex, there will be no singing, dancing or Maypoles, just enjoying the long weekend.

We are back open as normal Tuesday 5th May, 8am-5pm.

Tradition at Masterflex is that each member of staff purchases treats for the other staff when it’s their birthday.

Darren hasn’t let us down, and our treat today is cream cake.

Darren has worked here for over 13 years, and has manufactured a variety of flexible hoses and ducting to suit customers’ needs.

If you are running low on stock then contact Masterflex, and we can discuss your requirements.

Did you know today is Saint George’s Day?

Since Easter often falls close to Saint George’s Day, the church celebration of the feast may be moved from 23 April. In England, where it is the National Saint’s Day, for 2011 and 2014 the Anglican and Catholic calendars celebrate Saint George’s Day on the first Monday after the Octave of Easter (2 May 2011 and 28 April 2014, respectively).Similarly, the Eastern Orthodox celebration of the feast moves accordingly to the first Monday after Easter or, as it is sometimes called, to the Monday of Bright Week.

St George’s Day was a major feast and national holiday in England on a par with Christmas from the early 15th century. The Cross of St. George was flown in 1497 by John Cabot on his voyage to discover Newfoundland and later by Sir Francis Drake and Sir Walter Raleigh. In 1620 it was the flag that was flown on the foremast of the Mayflower (with the early Union Flag combining St. George’s Cross of England with St. Andrew’s Saltire of Scotland on the mainmast) when the Pilgrim Fathers arrived in Plymouth, Massachusetts.

Here are a few facts about today:

*Shakespeare was born – and died – on Saint George’s Day.

*It is traditional to wear a red rose in your lapel.

*Jerusalem is typically sung on St George’s Day in churches.

*April 23rd is the feast day of Saint George and the National Day for England.

*St George is most widely known for slaying a dragon.

Here at Masterflex, we manufacture flexible hoses and ducting for the British public, here in the North West of England.

So if you need any products, hoses, clips and cuffs, contact our office.

Don’t forget Masterflex will be closed Good Friday and Easter Monday, but open as normal from Tuesday 5th April.

The start of December can only mean one thing – The count down to Christmas.

It is the only month of the year when you can enjoy a daily surprise that hides behind the numbered doors on the advent calender.

Here at Masterflex, everyday has it’s own surprises, as each order is specifically manufactured to customers requirements.

Whether you are self employed, work for a company who use flexible hoses on manchinery or distributor then contact our office to discuss your hose needs in more detail.

Masterflex manufacture hoses and ductings to suit a wide range of applications for industries including Construction, Chemical, Food, Pharmaceutical, Heating, Air conditioning and Ventilation, plus many more.

When is Lancashire Day?

Today is Lancashire day and it is held annually on 27 November to commemorate the day in 1295 when Lancashire first sent representatives to Parliament, to attend the Model Parliament of King Edward I.

Curated by the Friends of Real Lancashire, it is observed with the loyal toast to “The Queen, Duke of Lancaster”, and is celebrated from everywhere within the county Palatine.

The day is marked throughout the historic county by town criers announcing the Lancashire Day proclamation which declares the historic regions boundaries of the county, and finishes with “God bless Lancashire, and God save the Queen, Duke of Lancaster”

Lancashire Day allows us the opportunity to declare that we are proud to be Lancastrians.

Here’s a selection of words and phrases you might hear when you come to Lancashire:

Meaning: it is so hot outside that stone pavings are breaking

Meaning: I am thirsty

Saying/ word: He’s not as green as he’s cabbage looking

Meaning: He’s not as stupid as he looks

Here are some facts about Lancashire:

Did you know Masterflex is based in Lancashire but can deliver to all areas of the UK and Ireland?

For more information about the products Masterflex manufacture then have a look online.

Here at Masterflex, we have made some small alterations to our website, making it easier for you to contact us using your mobile phone.

These changes will allow you to view www.masterflex-uk.com on any mobile device.

What does this mean for Masterflex customers?

Whether you are out shopping, at home or at work and need flexible hoses and ducting,

simply search ‘Masterflex UK’ through Google on your mobile phone and the information you need will be right in front of you.

If you find something that doesn’t work as expected, or just doesn’t seem right with the site,

we would be very interested to hear about it, so please contact Simon on 0161 626 8066 or email simon@masterflex-uk.com

There are other ways to get in touch. 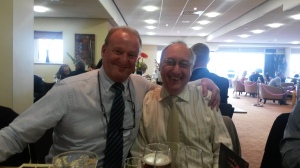 Masterflex would like to wish David Collier a Happy Birthday for today.

David is the company’s Managing Director and has been at Masterflex for 19 years.

Over the years he has helped Masterflex to grow into a leading UK manufacturer of high-tech flexible hose, ducting and connecting systems.

Today, our products are in use throughout industry, helping to solve our customer’s many different application requirements. Masterflex Technical Hoses Limited can also design and manufacture a hose or ducting product to a customers’ specific requirement.

The Quality Policy of Masterflex Technical Hoses Limited is to ensure that the manufacture and supply of our flexible hose and ducting products is carried out to a standard that exceeds our customer’s expectations.

Masterflex Technical Hoses Limited has a policy of continuous research and product development, ensuring that the latest materials technology and production processes are used.

If you use hoses in your job, but are unsure which type you use, contact us and we can help you in choosing the right product.

For more information on our product range contact Masterflex UK