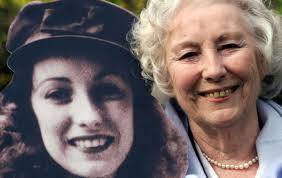 Vera Welch was born on 20 March 1917 in East Ham, part of east London.  By the age of seven, Vera was singing in working men’s clubs.  When she turned 11, Vera took her grandmother’s maiden name of Lynn as a stage name.

In 1936, when she was 19, she had her first solo record – called Up the Wooden Hill to Bedfordshire. By the age of 22 she had sold more than a million records.  However, it was during World War Two that her reputation was made. She frequently sang to the troops at morale-boosting concerts, becoming known as “The Forces’ Sweetheart”. One off her most popular songs was “We’ll Meet Again” which was released in 1939.

What an amazing life this Lady has had.  Happy Birthday Dame Vera Lynn from Masterflex