Today is the celebration of the victory won by the Royal Navy, commanded by Vice Admiral Horatio Nelson. He oversaw the combined French and Spanish fleets at the Battle of Trafalgar on 21st October 1805 at Cape Trafalgar, off the coast of Spain. Today it is commonly referred to as Trafalgar Day.

The battle had massive repercussions for Napoleon’s France and the future of the British Empire. Admiral Lord Nelson commanded the fleet from HMS Victory but was mortally wounded in the engagement, so the event also commemorates and celebrates his life.

Wreaths are normally laid at Lord Nelson’s tomb in St Paul’s Cathedral and on board the Victory at Portsmouth on Trafalgar Day.

The historic signal “England expects….” is sent from the ship at 8am followed by a memorial service on board.

At Trafalgar Square in London, the Sea Cadets usually put on a display to showcase their skills at 11 am before marching to the Wellington Barracks on Birdcage Walk.

Traditionally this event has seen bands salute – the display lasts over an hour and has been a highlight of the Sea Cadets’ calendar for over a century.

Each year around 500 members of the Sea Cadets march from Horse Guards’ Parade to Nelson’s Column to mark Trafalgar Day.

Here at Masterflex, we are continuing with our legacy of manufacturing hoses and ducting for a wide range of industries.

If you use hoses in your job, but are unsure which type you use, contact us and we can help you in choosing the right product.

For more information on our product range contact Masterflex UK 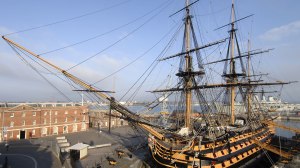